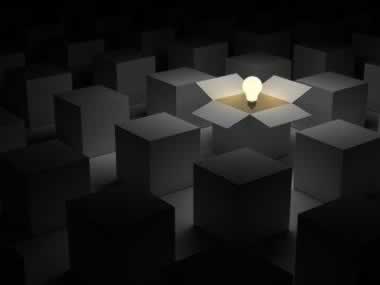 Bundle:  A shipping unit of two or more articles wrapped and fastened together by suitable means.

Bursting Strength:  The Strength of material in pounds per square inch, as measured by the cady or mullen tester.

Certificate, Box Makers:  A statement printed on a corrugated fiberboard box or a solid fiberboard box testifying that all applicable construction requirements have been observed.

Corrugated Material or Corrugating Medium:  Paper board used in forming the fluted portion of the corrugated board.

Die Cut:  A cut made with special steel rule dies.  The act of making a part of container which is cut and scored to shape by tools.  Also used to denote a board which has been die-cut.

Fiberboard:  As used in our industry, a general term applied to fabricated paperboard utilized in container manufacture.

Flaps:  The closing members of a fiberboard box.

Flute or Corrugation:   One of the wave shapes in the inner portion of combined corrugated fiberboard.

Flute (or corrugation) Direction:  The normal Direction is parallel to the box.

Joint:  The joint of the box is the part where the ends of the scored and slotted blank are joined together by taping, stitching, or gluing.

Knocked Down (KD):  A term denoting that an article is partially or entirely taken apart, not setup.

Kraft:  A word meaning strength applied to pulp, paper, or paperboard produced from wood fibers by the sulfate process.

Liner:  A creased fiberboard sheet inserted in a container and covering all side walls.

Linerboard:  Paperboard used for the flat facings in corrugated fiberboard; also as the outer plies of solid fiberboard.

Pad:  A Corrugated or solid fiberboard sheet or other authorized material used for extra protection or for separating tiers or layers of articles when packed for shipment.

Partition:  A set of corrugated or solid fiberboard pieces slotted so they interlock when assembled to form a number of cells into which articles may be placed for shipment.

Score:  An impression or crease in corrugated or solid fiberboard to locate and facilitate folding.

Slit:  A cut made in a fiberboard sheet without removal of material.

Slit-Score:  A cut made in a fiberboard sheet extending through only apportion of the thickness.

Slot:  A cut made in a fiberboard sheet, usually to form flaps and thus permit folding.

Test, Bursting Strength (Mullen):  Measurement of the resistance of a material to bursting expressed in pounds per square inch.  The test is made on a Mullen tester.

Rule 41, specified in the chart below, is a U.S. Government Rule for interstate shipping of bursting strength (Mullen) corrugated boxes. 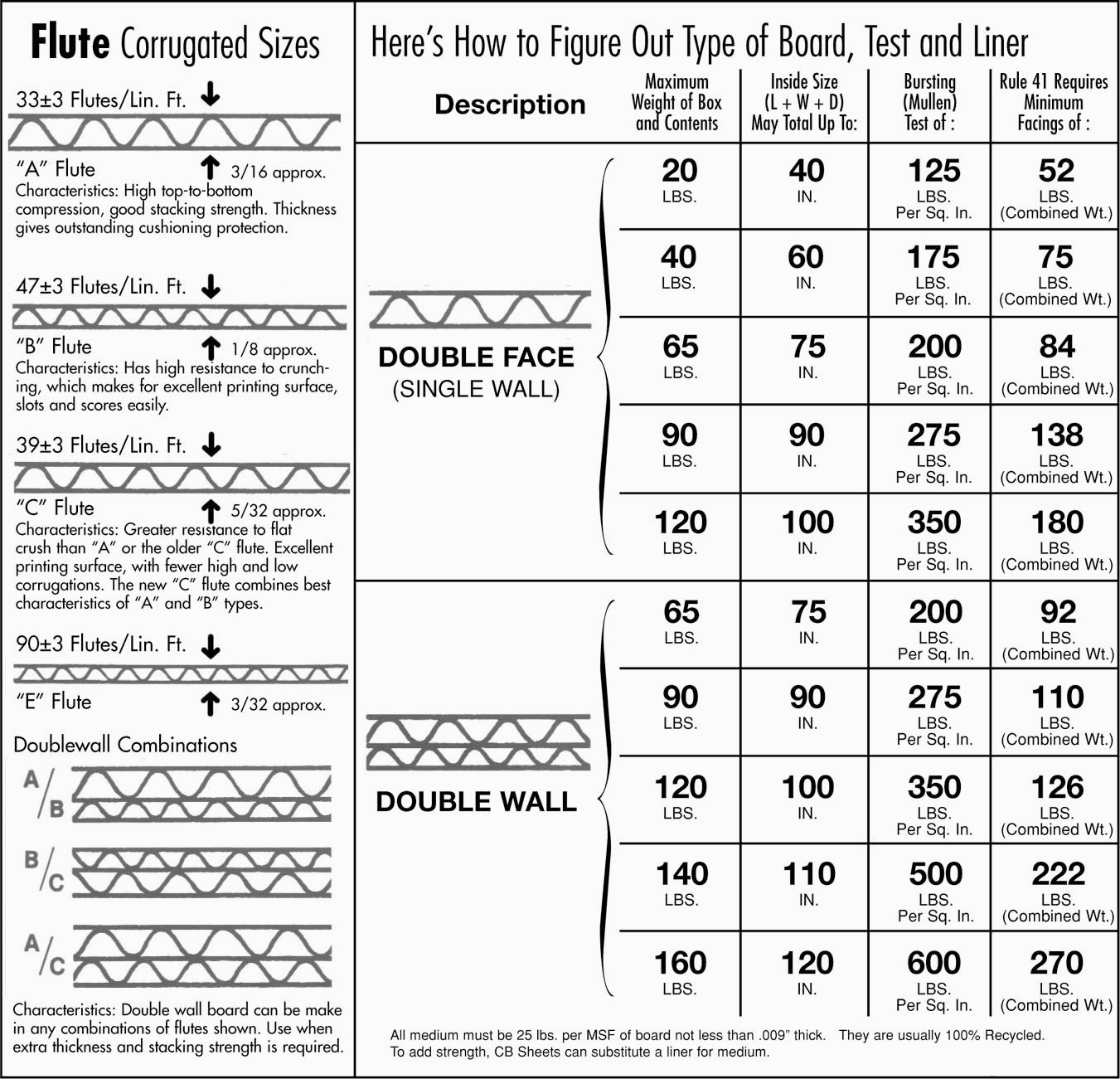 NOTE:  Caliper (thickness of paper) and flute profile of medium are critical for stacking strength (ECT) sheets and boxes.

When choosing the best substrate (sheet) for a box, look for: 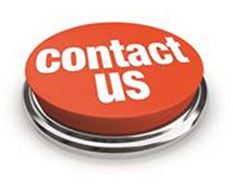